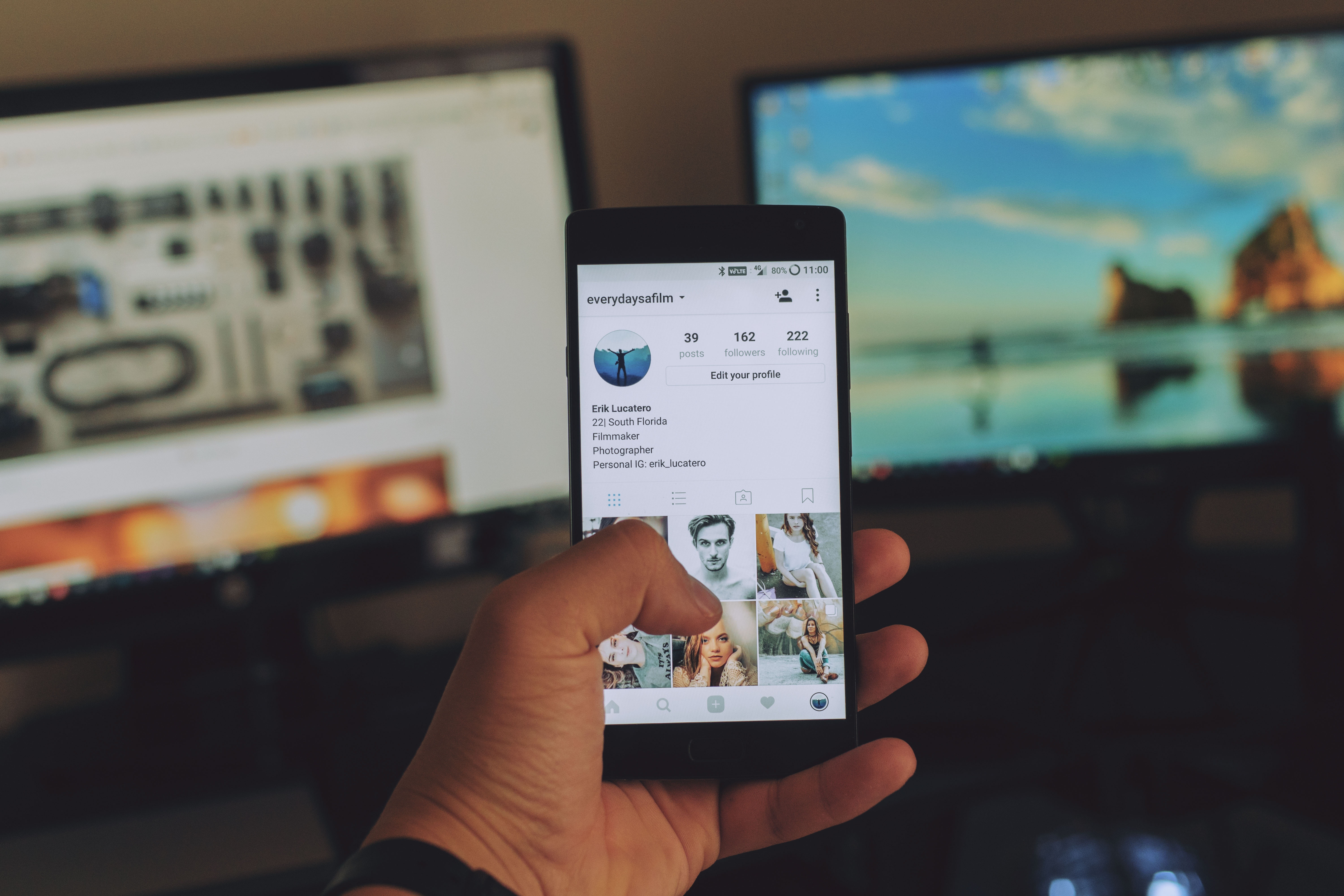 How important is getting grammar right in social media? Very. That said, I’ve just broken a grammar rule myself with a sentence fragment. Why? There, I did it again. For emphasis. Social media is all about voice. Your voice. That’s why people tune into your blog, subscribe to your Instagram feed, follow your YouTube channel. (Another grammatical error—a comma splice.) Your voice can—and should—be unique, even quirky. It should exude attitude. Your attitude.

Key to having a compelling voice is your ability to use language skillfully. Sometimes that means breaking commonly accepted rules (many of which are just myths—read on). See how I started a sentence with a conjunction (“and”)? Yes, that’s totally cool. Also, it’s my writing style. It is part of what defines my voice as a writer.

Let me now back up and say that if a grammar police squad existed, I’d be an enthusiastic charter member. I’m a stickler about grammar. Grammatical mistakes in social media are terribly off-putting. They imply, at best, sloppiness, and at worst, ignorance. So unless your goal is to create a digital persona who is an ignorant slob, I’d use one of the many free online grammar and spelling checking tools, keep The Elements of Style close to your keyboard, and bookmark Purdue University’s Online Writing Lab (OWL), the latter of which is going to be your new, bestest, friend if you’re serious about writing well.

Social media is all about voice. Your voice. That’s why grammar might get a bit funky. But you can still write well, even on social.

Rules that are meant to be broken

Let’s start by doing some myth-busting. Many of the so-called rules are not rules at all, but (probably) well-intentioned guidelines for avoiding common mistakes that were somehow codified into strictures. But there are also some real rules that are breakable, if done intelligently and with intent, to establish your unique voice as a writer. Here’s a partial list. See which ones might help you in your efforts.

1. And feel free to start sentences with “and” or “but”

I still have editors who quote this rule-that-is-not-a-rule to me. It drives me crazy. No such grammatical mandate exists. And some of the most beautiful writers in the English language do this all the time. As a case in point, here’s a sentence from that bible of style, by William Strunk and E.B. White:

—The Elements of Style

See? Even the experts do it. Show this sentence to anyone who questions you on this point.

2. Passive voice should be used judiciously.

To be sure, you mostly want to use active voice. Verbs are the strongest element in any sentence, and, generally, you want to use the most active verb you can find. She hurried to lock the door is much more urgent than she went to lock the door, and either is preferably to the passive voice version, the door was locked. And we’ve all heard politicians of all stripes attempt to avoid responsibility by using the passive voice: mistakes were made. Oh, really? By whom?

Still, passive voice can have its place. And that was the last time the matter was mentioned is much more compelling than We heard the last of the matter. The passive voice conveys the mystery, the abruptness, of a final piece of information being imparted.

Passive voice can also be used for humor. An absolutely brilliant time was had by all has a dry wit compared to We all had an absolutely brilliant time. The passive version is more sardonic, perhaps sarcastic, certainly it makes us question the sincerity of the phrase. And take Mark Twain’s famous declaration: The reports of my death are greatly exaggerated. Imagine if he said, instead, People are greatly exaggerating the reports of my death. Not the same.

A general rule: use passive voice to place emphasis on what is being acted upon versus what (or who) is acting. For example, her body was lifted from the sea is a better sentence for drawing attention to the body, than, for instance, the sailors lifted her body from the sea, which puts the emphasis on the sailors.

3. The rhythm of sentences is important, use comma splices when appropriate

Just tell Charles Dickens not to use comma splices.

This, the opening to Dickens’ Tale of Two Cities, shows how beautifully a comma splice can work for you. A common splice is when you omit to use a conjunction like and or but (or a colon or semicolon) when linking two independent clauses together. Why would you want to use a comma splice? Let me give you an example from a classic movie, Ghostbusters. After the team conquers its first ghost, the Bill Murray character shouts, “We came, we saw, we kicked its ass!” Not one, but two comma splices. Why do this? Correct the grammatical error and you get: We came, we saw, and we kicked its ass. Not the same, is it? A different rhythm, a different effect. (There, I did it again.) A comma splice tends to speed up the action of the sentence—it causes the reader to push the two (or three) clauses closer together to get a more intense effect. Try it, you might like it.

4. Sentence fragments. Leverage them. For emphasis.

If you follow the rules of grammar precisely, a sentence should express a complete thought or action. Thus every true sentence, no matter how short, contains a subject and a verb.

A sentence fragment is exactly what it sounds like. It’s incomplete—it doesn’t express a complete thought—or it doesn’t contain both a subject and a verb. Something is missing.

Why use sentence fragments? Usually, for emphasis. To highlight something important that the reader needs to grasp to get your point. However, overusing fragments can make your writing tiresome to read. So think first, and break this rule with care.

5. To boldly go and split infinitives

To boldly go…. We all know the phrase. To not split the infinitive not only seems strange and unnatural to us, it changes the emphasis of the sentence. To go boldly is less emphatic, less strong, less Trek-y.

Even the strictest grammarians agree that you can—indeed, that you should—split infinitives with the goal of making sentences sound more natural. The reason for this turnabout? Language experts analyzed the so-called rule, and found it had no legitimacy in English grammar, but was due to linguists attempting to align English with Latin syntax.

6. And try this other trick that people say they will not put up with

Ending a sentence with a proposition. An absolute no-no, right? Wrong. Remarking on this rule, Winston Churchill famously said, This is the sort of arrant pedantry up with which I will not put. Enough said.

Play with language. Know what the rules are, and know that it’s all right to break them—with care and intent.

So go ahead. Play with language. Know what the rules are, and know that it’s all right to break them—with care and intent. Identify what your writing goal is, and manipulate grammar to push your readers into a corner where the language forces them to think or feel the way you want them to feel. If that sounds violent, that’s because it is, a little. And manipulative. (Writers are terrible manipulators.) Or you could be a little kinder and call it persuasive writing. So do it. Find your true voice. Your social media fans and followers will rejoice.

Best of the Wordsmithie Blog: 2017

The Future and Its Voice: The Rise of AI, VUI and Where Humans Fit