Because you have a lot to say

Whether your brand is a global powerhouse that needs a fresh start or is just getting off the ground, we'll craft the messages that accomplish your brand goals and suit your business to a “T.”

The voice of experience

Founded in 2010 by one of Google's first content strategists, our hand-picked circle includes syndicated columnists, published authors, e-learning experts, and even two Emmy winners. Our diverse team brings bench strength in every area of communications, supporting a wide range of clients across many industries and verticals.

We think before we speak

Catchy taglines and sparkling copy only work when backed with a well-defined strategy and a solid plan to grab the attention of your audience and search engines alike.

Fully distributed with talent located around the US and in Europe, Wordsmithie makes magic without layers of traditional agency bureaucracy. You’ll work directly with our top-flight writers, designers, and strategists, providing you maximum value.

While we won’t divulge the entire recipe, here are some ingredients that make Wordsmithie your first-choice content agency:

We get inside your head at lightning speed to understand what makes your brand tick and why your customers should care. Wordsmithies thrive on becoming subject matter experts on just about anything...fast!

Rest easy with our team’s extensive, first-hand experience in the executive suite (and in the trenches!) We’ve lived your challenges and are in tune with what you need to get the job done.

Wordsmithie’s crack editorial team makes sure nothing goes out the door without rigorous editorial review. We partner with you through revision rounds to make sure we’ve hit the proverbial nail on the head.

If you need ongoing support with shifting requirements and tight turnarounds, Wordsmithie’s At Your Service Bureau is a great way to keep us always within reach. We’ll customize a form for designated managers in your group to request our help for jobs big and small. When a request comes in, we’ll assign talent who knows your brand and get to work right away! You’ll only pay for what you use.

What’s with the pretty pictures? Glad you asked! An eclectic and multicultural lot, Wordsmithies live life to the fullest with passions and avocations in locales that are truly our happy places—some of which you see as you scroll through our site. From writing novels and leading urban hikes to sportscasting and orchestrating musicals, we bring our whole selves and enriched life experiences to the work we do for you.

We're super flexible, hewing to your needs —
whether your job calls for an army of one or an entire creative hive.

Shrink to fit, scale to grow

Whether you’re looking for a creative pinch-hitter or an army of content creators, Wordsmithie provides the right-sized team to help with short- and long-term needs.

We work with key partners in web and app development, A/V production, localization, PR, and research to create powerful experiences for clients and their customers.

Embracing the broadest range of ideas, identities, and experiences as we attract and nurture talent is not something we do, it's who we've always been. Certified as a woman-owned business since 2022, we're committed to fostering new perspectives and making Wordsmithie ever more diverse, continuously widening our view of the world. This enriches the work that we do for our clients and helps our audiences see themselves in the words and designs that we craft. Most importantly, diversity forms the bedrock of an equitable and safe environment for Wordsmithies of all stripes to be themselves. 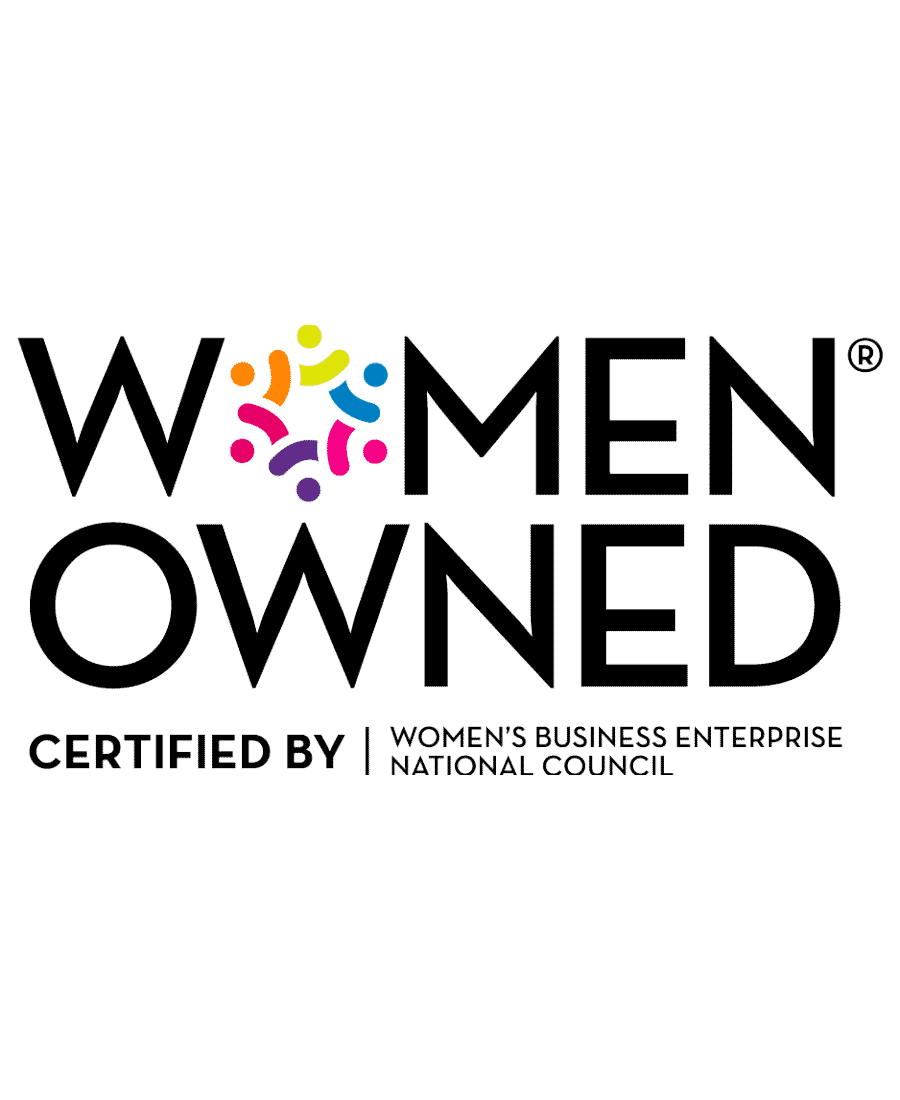 Wordsmithie supports many clients from startups and nonprofits to multinational corporations. We help brands engineer their DNA and create content that educates, inspires, and grows audiences.

More Than Words Can Say

Wordsmithie’s talented team of designers creates ready-to-go deliverables, from white papers and case studies to attention-grabbing event environments, logos, swag, and more. We also help brands craft their design templates and style guides for a consistent presence at every touchpoint. 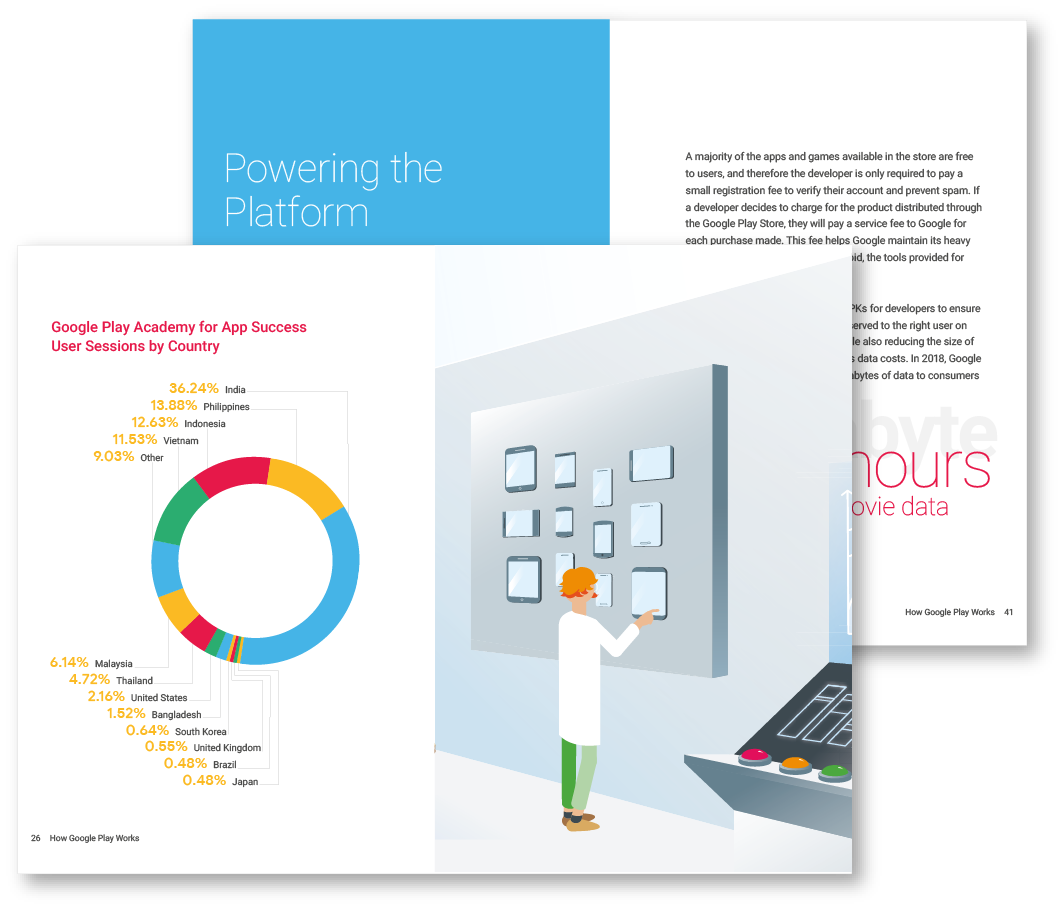 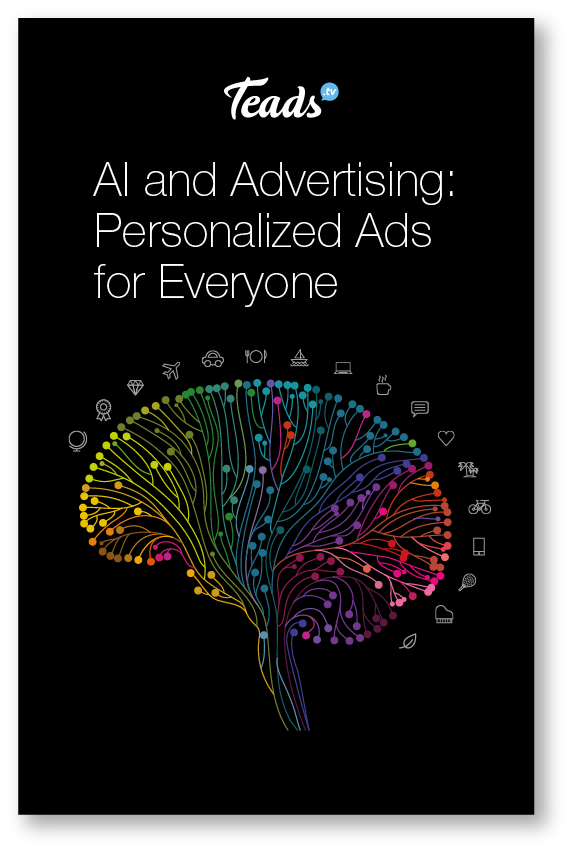 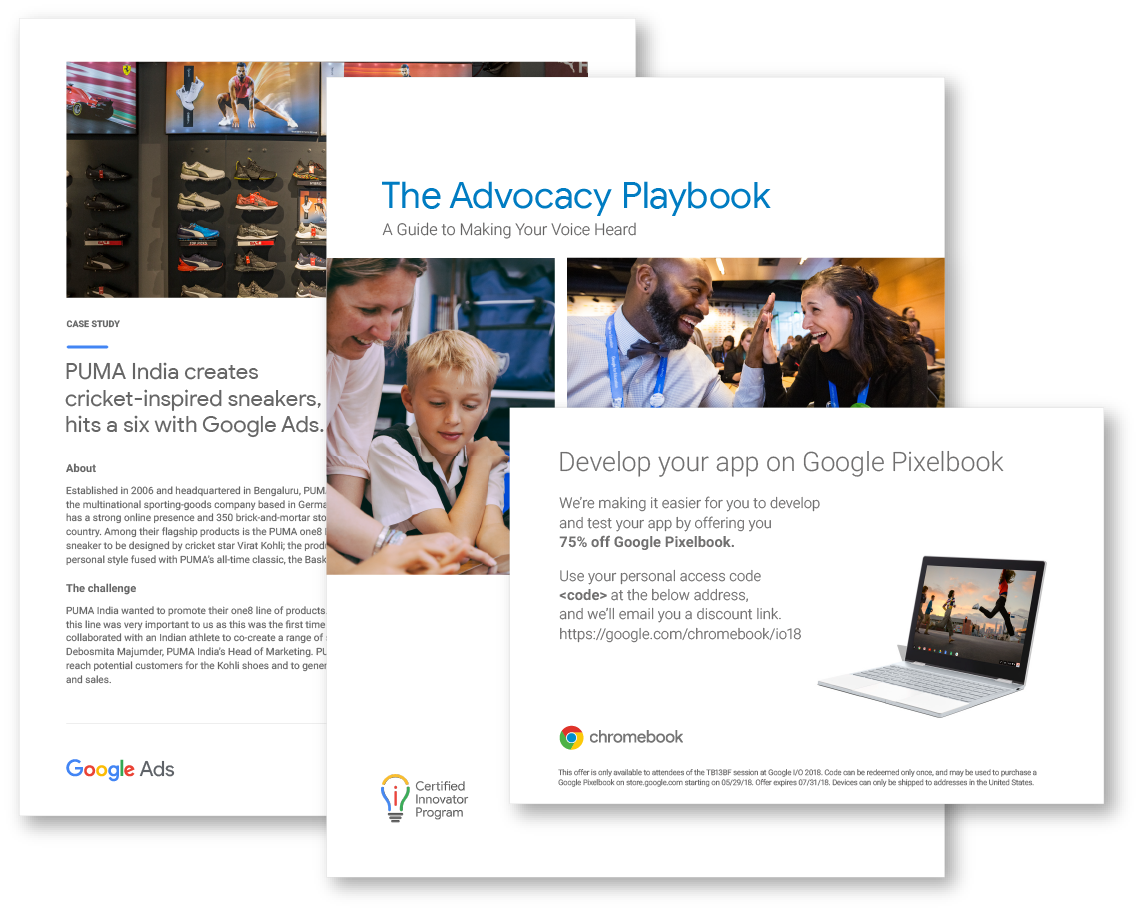 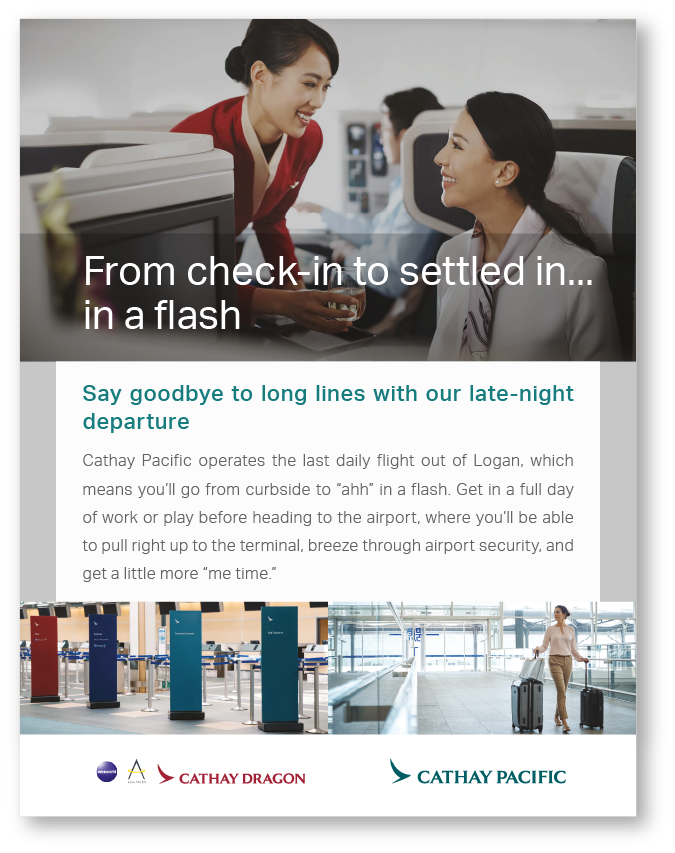 From helpful nuggets to big ideas, we hope you'll join in the fun!

The Most Difficult Assignment: Putting Wordsmithie’s Diversity/Equity/Inclusion mindset into words 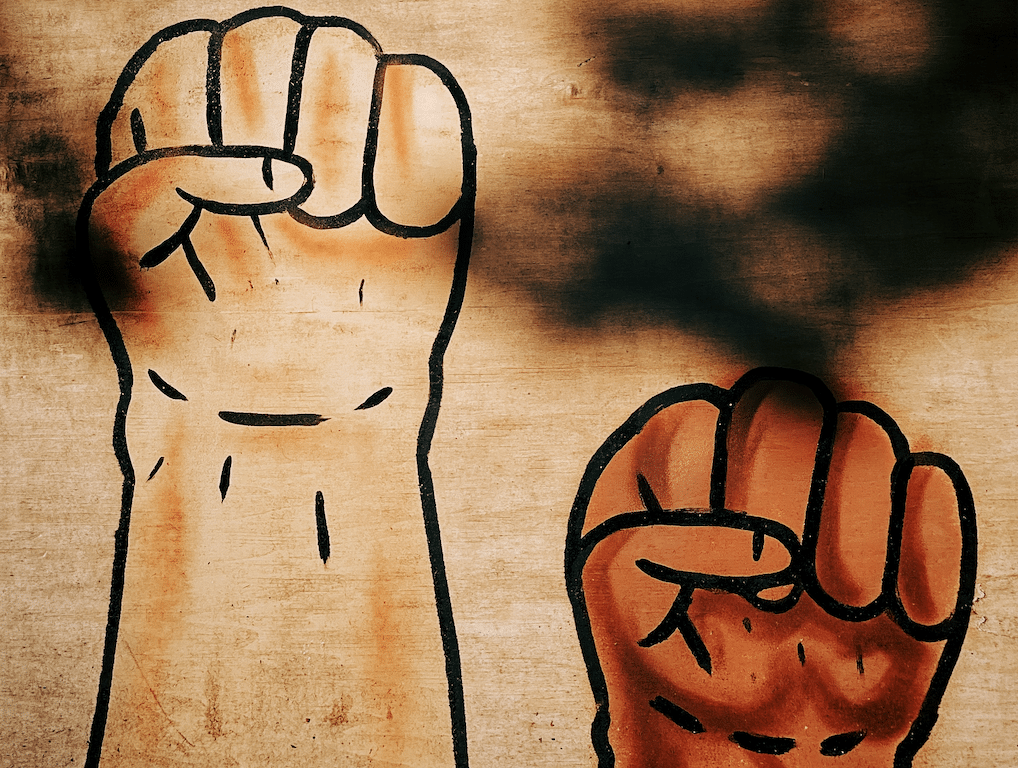 Read and share expert tips to improve your copy, craft better headlines and emails, get more out of case study interviews and brainstorming, be more productive working from home, and more.

Plus, share your own tips, and you may see your name in lights! 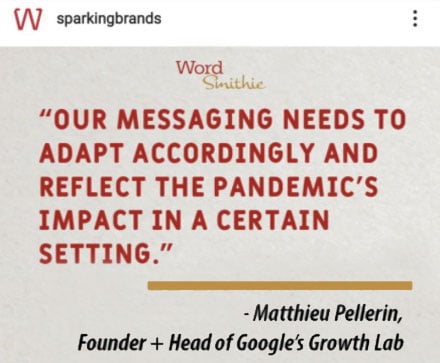 Produced by good luck or chance, like forgetting to bring your lunch on Free Taco Tuesdays.

A person undergoing psychoanalysis. Usually blamed on the mother.

To stand with hands on hips, elbows bowed outward. Goes really well with the expression, “Oh, no you didn’t!”

Talking freely and sometimes excessively. Don’t even get us started on loquacious people, you’ll never hear the end of it.

To go toward, the forgotten antonym to “hither.” Or, Sylvester the Cat saying “scissor.”

The polite way to say “urinate,” though micturating in public is anything but polite.

Sociable, fond of the company of others; living in flocks or herds. Gregarious geese, for example.

Yiddish for nonsense, silliness, or craziness. Or the person behaving as such.

An expert or connoisseur. Usually a buzzkill at a cocktail party or wedding reception.

In ice hockey, a penalty for hitting an opponent into the protective boards surrounding the rink. In airport delays, the happiest moment of your life.

The person who is opposed to the hero of the story. You might call them a “villain,” but we like to keep an open mind.

An exaggerated prancing, bouncing movement or manner of moving. A twerk is a tittup, but not necessarily the other way around.

To ponder or consider something deeply; not always caused by rum.

To drone on and on about something in a stuck-up way. The Hipster’s Special.

The placing of two things side-by-side for comparison. The reason broccoli tastes worse next to ice cream.

Someone who is opposed or resistant to new technology. We tried to Google it, but we never could figure out how to work that thing.

Made to order, custom-made. We’d use that word in our tagline, but nobody would know what it means — except maybe a tailor.