It all started with a beetle. No, not the beetle of the oft-cited ’50s and ’60s Volkswagen advertising campaign. Think smaller. I’d just discovered that the tiny (and dreaded) Ips beetle had decided to make the beautiful large spruce in our front yard its new home. The one beetle soon became many beetles, the tree became compromised, declined quickly and, regrettably, the only solution was to have the tree removed. Which is how I started my quest to hire a reputable tree service. 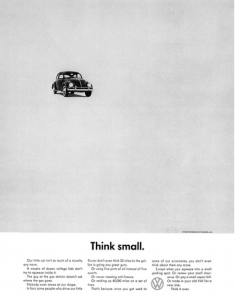 I quickly discovered that finding a tree company was easier said than done. Sorting through seemingly contradictory ratings and reviews was frustrating enough, but many of the tree companies used multiple logos, different messaging and varied colors across marketing channels. Simply put, it was difficult to know for sure which company was which, exactly what services they offered and just what their service areas were.

These were, for the most part, local companies, likely without brand stewards of any sort. Their gaffe of ignoring brand consistency across platforms is one that even international brands are guilty of on a shockingly regular basis.

The importance of brand consistency

It used to be that a company’s branding would stay consistent for years. Subtle tweaks aside, brands like IBM and Coca-Cola kept their basic look and messaging the same for decades.  Their branding was familiar, staid and, generally predictable. A time traveler from the Sixties who touched down today would certainly be perplexed by much of what they saw but they’d have no trouble recognizing an ad for IBM or identifying a Coca-Cola product.

Of course, things are a little more complicated now. Most brands are now works in progress, constantly evolving their look and adapting their messaging in an effort to reach as many potential customers as possible in an increasingly fragmented market.

Where branding avenues were once limited—think print, point-of-sale, radio and television—marketing channels nowadays are almost limitless. All of the old platforms still exist, of course, but now they’ve been joined by the web, Facebook, Twitter, Pinterest and experiential marketing, among so many others. Newer brands embrace this cross-platform approach from the start and are careful to ensure brand consistency from the start. Of course, now even old stalwarts like IBM and Coca-Cola have followed suit. Doing so is a must in an existential battle where brand inaction equals brand collapse.

Too often, though, what gets lost in this shuffle is brand integrity. Competing messages, inconsistent information, different logos and dissimilar color palettes across marketing platforms do nothing but dilute the brand.

Branding, after all, is the public face of a company, one that should by definition differentiate it from its competitors. Branding that isn’t consistent across platforms effectively creates competition within your own brand. Keeping your brand consistent is absolutely critical.

So, then, what are the best practices for brand consistency?

A solid brand book. A brand book should be more than just logo guidelines. It should communicate your brand’s voice, its personality and its mission. Click here for more on brand books.

A brand steward. With your brand out there in so many places simultaneously it’s critically important to have an individual or a team who can act as the brand authority. While not everyone may agree on a particular brand decision, there will at least be consistency.

A system of brand checks and balances. Before any piece of media is placed, printed or goes live, review it to confirm that brand standards are met. It doesn’t matter how big or how small the piece is—it can take only one small slip-up to bring down the brand you’ve worked so hard to build…

…or, one little beetle to bring the whole tree down.

Happy New Year of the Rat—Time for Online Instructors to Get Busy!

Understanding Implicit and Unconscious Bias in the Digital World

TMI? No Such Thing.