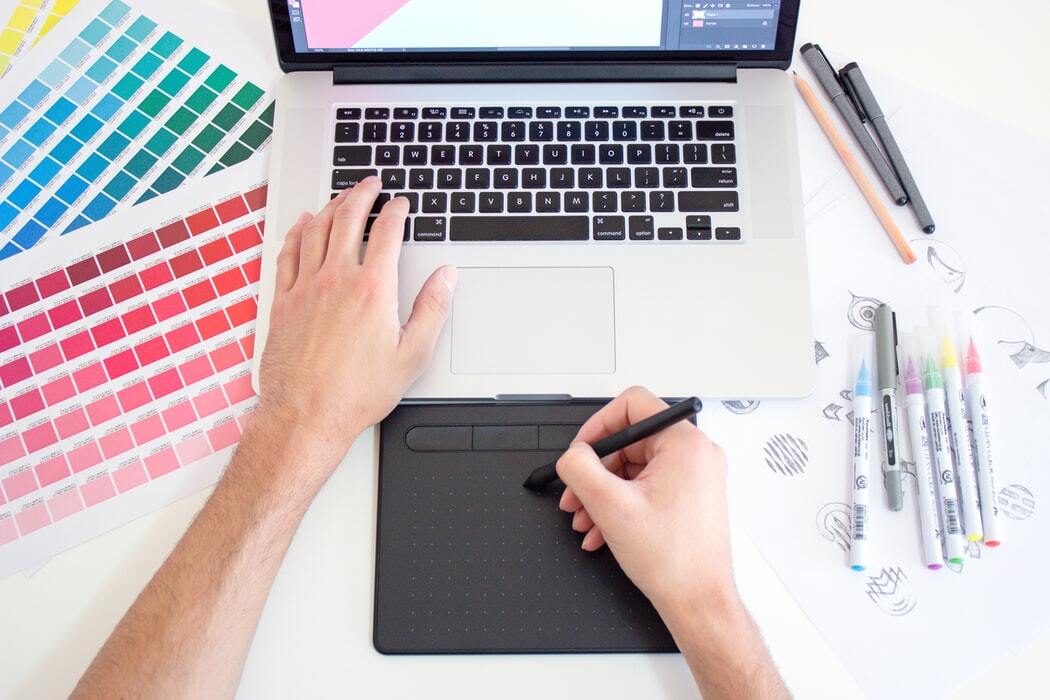 Well, this COVID-19 thing really threw a wrench into the works, didn’t it?

What should have been another routine—ahem—year for us graphic designers instead turned into a mad scramble for new and innovative ways to reach clients and potential clients, particularly in the business-to-business world that I work in. Certainly, in my 20-plus years as a designer, I’ve never been witness to such an accelerated timeline of innovation, and I am old enough to remember some seismic shifts, like the move away from QuarkXpress and to Adobe InDesign. Shift+Option+Command+K, anyone?

This was tough for someone like me. Not because I dislike new technology but, instead, because I like to do it in my own time. However, while there’s a comfort that comes with familiarity and a sense of security that goes along with using proven technologies, the pandemic only hammered home the need to stay one step ahead of the competition.

So, with that in mind, here are three technologies whose importance really came into play during the past year, in my world at least. Most likely, they will continue as regular offerings. At least until another global upheaval brings about the next wave of advancement.

One of the biggest changes caused by the pandemic, of course, was the almost overnight shift away from in-person meetings, which were the bread-and-butter of so many sales and marketing professionals. Without them, how do you communicate your company’s values and goals to your audience? Or convince a new hire of your firm’s merits as part of your recruiting efforts?

Video has gone a long way to bridge the gap, and, iCIMS’s Video Studio—which allows users to record and upload personal video messages—is one that many have found success with. While it is not the only game in town, Video Studio’s power is in its simplicity, its ease of use, and the fact that it puts the creation of the videos on the shoulders of the end-users. The platform even includes some basic branding and editing features.

Ultimately, the videos can be emailed, used on a website, or embedded into an interactive presentation.

It’s the year 2021 and I think that we can finally all agree that PowerPoint is pretty terrible. But how do we make the leap away from a well-known and universally embraced application? And what, exactly, should we be leaping to?

While it’s just one product in a crowded playing field, the presentation platform that I’ve found very promising is Foleon. We all know how difficult it is to create well-designed, editable PowerPoint content. In fact, whole academic papers have been written on the topic. But, with a product like Foleon, you get a WYSIWYG interface—preloaded with your brand’s color palette, graphics, and photographs—and an end result that’s much more compelling than a PowerPoint.

Like CIMS, the only real downside to Foleon (and most of its competitors) is that it is subscription-based.

Of course, proprietary video platforms and presentation solutions are all well and good, but they require money and buy-in from the powers that be to implement.

So, what can the independent designer do? Well, unless you are still using QuarkXpress, you already have Adobe’s Publish Online feature at your disposal. While a lot of people are aware of its existence, I am surprised by how many designers have never used it in a real-world situation.

In a nutshell, Adobe’s Publish Online feature allows you to export your finished documents to the cloud, instead of outputting them as printed pieces or exporting them as PDFs.

The feature allows you to utilize the interactive offerings of InDesign, as well. Think navigation between pages, animated elements, and even embedded audio and video. Using Adobe’s Publish Online feature also allows you to provide a web link to the viewer, instead of having to deal with large PDF attachments.

I recommend Adobe’s Publish Online feature with one caveat: make sure that your content is locked down before you begin adding interactive elements, as things can get a little glitchy if you need to go back later to make content edits. Additionally, videos can be unreliable in some versions of the Chrome browser. But, with that in mind, there are plenty of applications where Adobe’s Publish Online feature really shines.

As things get back to normal, we’ll start up again with the in-person sales pitches and business meetings. But I believe that technologies like these are here to stay. Because after all this, using them is no longer a matter of staying ahead of your competitors; it’s a matter of keeping up with them.